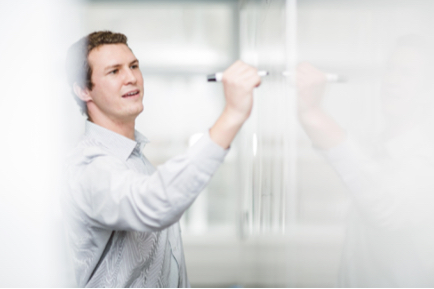 Passwords are undoubtedly the most dominant user authentication mechanism on the web today. Although password-based authentication is inexpensive and easy-to-use, it faces various security concerns, including phishing and theft of password databases. Users' tendency to re-use passwords across different services further exacerbates these two concerns. Current solutions are not fully satisfactory: they typically address only one of the two concerns; they do not protect passwords from rogue servers; they do not provide users with any verifiable evidence of their (server-side) adoption; and they face deployability challenges in terms of cost for service providers and/or ease-of-use for end users.

In this talk I will present SafeKeeper, a comprehensive approach to protect the confidentiality of passwords on the web. Unlike previous approaches, SafeKeeper protects against very strong adversaries, including rogue servers and sophisticated external phishers. It is inexpensive to deploy as it (i) uses widely available hardware security mechanisms like Intel SGX; (ii) is integrated into popular web platforms like WordPress; and (iii) has small performance overhead. I will describe a variety of challenges we faced in designing and implementing such a system, and how we overcame them.

Andrew Paverd is a Research Fellow at Aalto University, Finland, and a Deputy Director of the Helsinki-Aalto Center for Information Security. He obtained his Masters degree in Electrical and Computer Engineering from the University of Cape Town in 2012, and his PhD in Computer Science from the University of Oxford in 2016. He is a recipient of the 2017-18 Fulbright Cybersecurity Scholar Award, for which he will visit the USA in early 2018. His research interests are primarily in the area of systems security, and in particular the use of hardware security mechanisms, such as TPMs, Intel SGX, and ARM TrustZone. His interests also include the design and analysis of security protocols, distributed consensus mechanisms, and privacy-enhancing technologies.